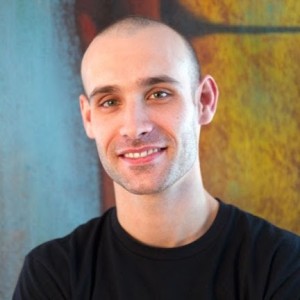 “GUMBOOTS” Through the eyes of Michael Moloi

“Gumboots is a rhythmic cultural dance created by men in the gold mines of Johannesburg during the apartheid era”. In this documentary, Michael Tumelo Moloi brings us back in time to the roots of what became one of the most popular dance form of South Africa.

Seven years ago, we met Michael Tumelo Moloi, a Gumboots and Pantsula dancer from South Africa who joined the original cast of Cirque du Soleil The Beatles “LOVE” show in Las Vegas. Needless to say, Michael has been an inspiration ever since!

Michael is an incredible dancer, and a great performer, but most of all, an amazing artist. So when we decided to create Wättssoul, working with him was of course part of our plans.

Eight months ago, we finally decided to do a feature on him. Our vision was to inspire others to discover Gumboots and Pantsula dance through Michael’s life, and experiences. In order to get ideas on how we would approach the work, we invited him over to do a (short) interview. Unexpectedly, everything changed! We started recording his story to make sure we would remember everything. We asked the first question, and it was nearly an hour and a half later before Michael asked us: “What’s the second question?”!!

We knew he had a lot of information, but when we finally understood how life was during that time in South Africa, and put it all into context, things took a new turn. It wasn’t just about dance anymore, it was also about the fight of a family, about love, respect and humility. It was about a culture! Our vision had to change and what was supposed to be a simple and short video had to become something more. We didn’t know exactly what, so we just took our time and let things flow naturally.

In the end, we finally decided to make a trilogy. The first part about Gumboots, the next about Pantsula, and finally the last one more specifically about Michael, from his childhood until today.

With all that said, we present you “Gumboots”…

We personally would like to thank everyone who helped us with this project, especially our Assistants Director and Camera Operators Jessy Jean-Bart, George Maria and Taras Shevchenko as well as Director and Editor Ghislain Malardier for the gift of their time, knowledge and experience which made this possible.

We hope you’ll get inspired!